1. What she said
While the mom-to-be is opening her gifts, have someone make a list of things she says as she’s opening them, but don’t tell mom this is being done. After mom finishes, have the recorder read back to her everything she said, and remark that these were the same words she said to dad-to-be the night baby was conceived! You should’ve seen the look on my brother-in-law’s face as a friend read back my sister shouting “Look how tiny it is!!!”. A door prize can be given to the person who gave the gift that got the most humorous response from mom.

2. Baby football pool
Instead of making bets on the point spread of the big game, have your guests bet a dollar on the date, time, birth weight and etc of baby-to-be’s birth. After baby is born, the person who guessed correctly can be given a nice prize. Money collected is given to the parents-to-be or used on a gift for them.

3. My water broke
Fill some ice trays (enough to make one piece of ice per guest, plus extras) up with water, and drop in tiny plastic baby figures Freeze the babies in the water, then at the start of the shower put them into cups of water. Hand a cup to each guest and award a prize to the person whose baby melts or “is born” out of the ice first.

4. Birthday/due date (who’s closest)
Award a prize to the guest whose birthday is closest to the due date of the baby

5. Raffle
Have guests enter a prize raffle by either purchasing a ticket with a dollar, or buy bringing items such as diapers and formula. You can buy plain round stickers at most stores (with the school/office supplies). Write a unique number on each sticker and place one on each “ticket item” (ie: the package of diapers or formula brought). At some point during the shower, pick a random number out of a hat, and award a prize to the person whose ticket or item matched that number. (Remember to keep track of which guests item had which number!)

6. Scratchcards
Purchase pre-made scratchcards , or make your own scratchcards by drawing 3 baby items on a rectangular piece of paper. Only draw 3 matching items on ONE ticket (or for however many prizes you are handing out). Use a silver crayon and cover the pictures. Let guests use a penny or some such item to scratch the silver crayon off and reveal their card. The guest with the 3 matching items wins the prize.

7. Unwrap the gift
Wrap an item, enough prizes for each guest, in many sheets of tissue or wrapping paper. Let each guest pick one wrapped prize and remove a layer of wrapping. Then they must pass the item to the person next to them and that guest removes a layer. Keep passing the item around the circle until the last layer of wrapping is removed. The guest who unwraps the last layer of a prize gets to keep it.

8. Clothespins game/Don’t say baby
Give each guest a clothespin to wear on their clothing during the shower. Instruct each of them that from that point on in the shower, no one is allowed to say the word “baby”. During the shower, if a guest overhears another guest saying the word baby, they get to steal the offenders clothespin(s). The person with the most clothespins at the end of the shower wins.

9. Poopy diaper prize
Give each guest one small diaper (either a real diaper or one made from felt/paper). Inside one of the diapers, dab a bit of peanut butter/chocolate/brown paint. During the shower, have guests open their diaper, and the guest who has the poopy diaper wins.

10. Lucky ducky
Fill a baby bathtub or other such container with water, and float rubber ducky toys in it. Put a mark under one of the ducks, and award a prize to the guest who picks the marked ducky from the “pond”.

11. Jelly bean guess
Have guests guess the amount of jelly beans (or other item) inside a container such as a novelty sized baby bottle. Be sure you count the jelly beans as you put them in so you’ll know who guesses correctly!

12. 7th gift
It is common superstition that the person who bought the 7th gift the parents-to-be opens is the next to have a child, much like the catching of the bridal bouquet at a wedding.

13. That’s my gift
Have several wrapped gifts (one for each guest), including a few gag gifts if you wish. Set a timer to go off in regular intervals, for prize picking. Pick one guest to come forward and have her pick out one prize. When the timer sounds, have another guest come forward and either pick a new gift or steal the gift the previous person chose. Keep going until everyone has a gift. If you’d like you can play a few more rounds, randomly choosing a guest and allowing them to either keep the gift they have to steal someone else’s. When you decide to end the game, guests keep whatever prize it is they are holding at the time. Allow them to unwrap and see what they were fighting over.

14. Lollipop pick
Like the lucky ducky game mentioned in game #10. Fill a jar with many lollipops, standing upright. On the bottom of one of the lollipop sticks, you will place a colored dot. Have each guest pick a lollipop from the jar, and whoever picks the marked one wins. 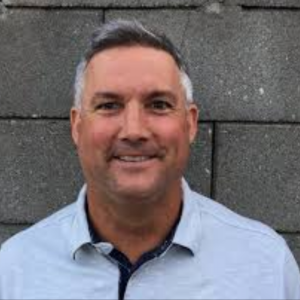